A Flurry of Emergences

First, to follow up on my last post, another Tischeria quercitella mine yielded an adult moth rather than a parasitoid wasp: 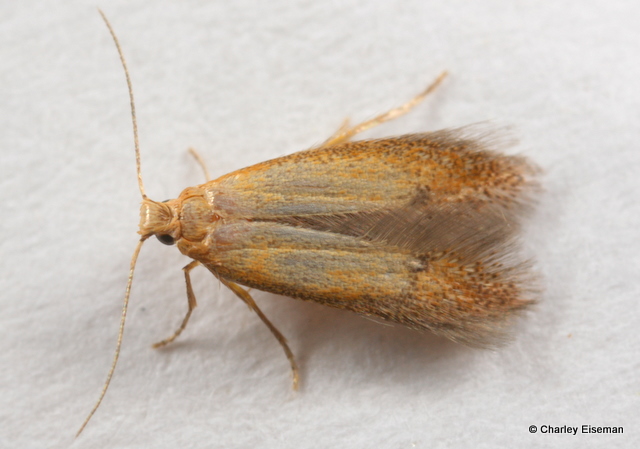 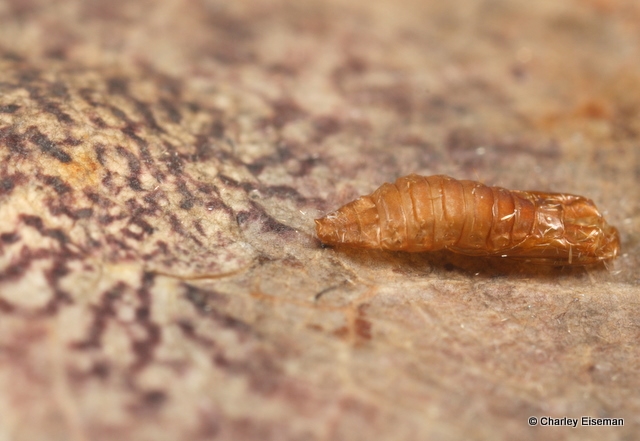 The pupal skin from which the Tischeria quercitella emerged after the pupa popped out of the leaf.

Like the Phyllocnistis insignis adult that emerged twelve days earlier, this one unfortunately had rubbed a lot of the colored scales off the top of its wings before I photographed it.  At least it was in good enough condition to fly normally, unlike this next one.  After nearly a month without any activity, the bag with the smaller goldenrod rosette galls produced this somewhat haggard-looking wasp with a bent wing: 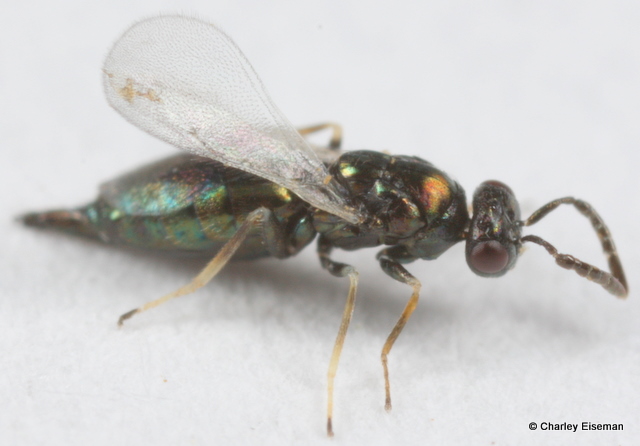 Ross Hill identified it as a eulophid, which means wasps from three different families have now emerged from these galls: Torymidae, Pteromalidae, and Eulophidae.  This wasp may not be able to fly, but at least she emerged all the way.  Insect #3 is a pupa that was found inside a rotting log in New York on May 4, when I was leading a nature walk for camp counselors.  I was pretty sure it was going to turn out to be a crane fly, and the adult came out far enough to confirm this, but unfortunately seems to have died without fully emerging. 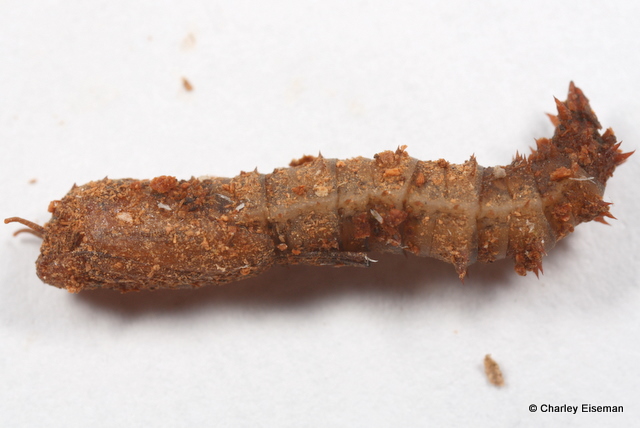 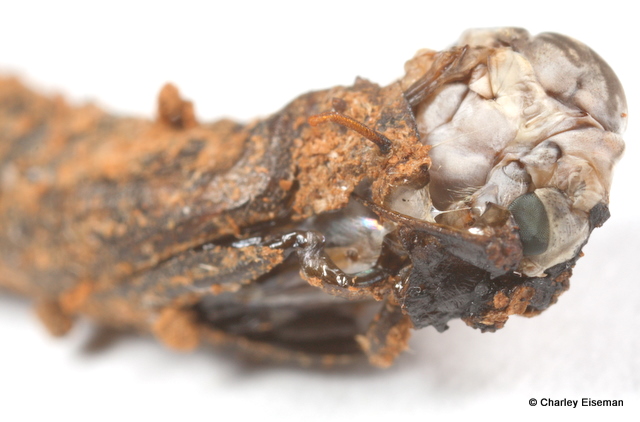 To end on a positive note, the fourth insect was neither battered nor deformed nor dead.  It was a healthy adult gall wasp (Cynipidae), from a little round gall on a white oak leaf I collected on April 18.  I think it’s the seventh wasp I’ve had emerge from this type of gall, but it’s the first one to resemble any of the others.  It looks to be the same as the first one, which emerged last spring.  I still haven’t figured out what species of cynipid is responsible for these galls; in the meantime I’ve created a page on BugGuide.Net devoted to them and their parasitoids, here. 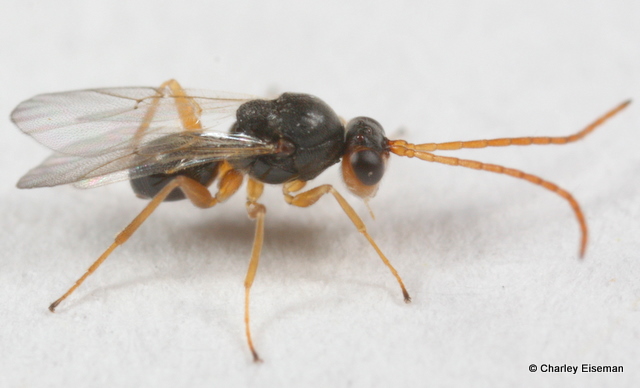 Cynipid wasp from a spherical, 4 mm gall on a white oak leaf. (2 mm)

I am a freelance naturalist, endlessly fascinated by the interconnections of all the living and nonliving things around me. I am the lead author of Tracks & Sign of Insects and Other Invertebrates (Stackpole Books, 2010), and continue to collect photographs and information on this subject. These days I am especially drawn to galls, leaf mines, and other plant-insect interactions.
View all posts by Charley Eiseman →
This entry was posted in Uncategorized and tagged chalcid, crane fly, Cynipidae, Eulophidae, fly, gall, gall wasp, goldenrod, goldenrod rosette gall, leaf mine, moth, oak, parasitoid, pupa, Quercus, Quercus alba, Solidago, Tipulidae, Tischeria quercitella, Tischeriidae, wasp, white oak. Bookmark the permalink.