I recently spent a month conducting grueling fieldwork in the swamps of southeastern Massachusetts.  As I fought my way through endless thickets of sweet pepperbush and greenbrier, I occasionally paused to collect leaf mines that were new to me.  On August 7, this curled-up mad-dog skullcap (Lamiaceae: Scutellaria lateriflora) leaf caught my eye: 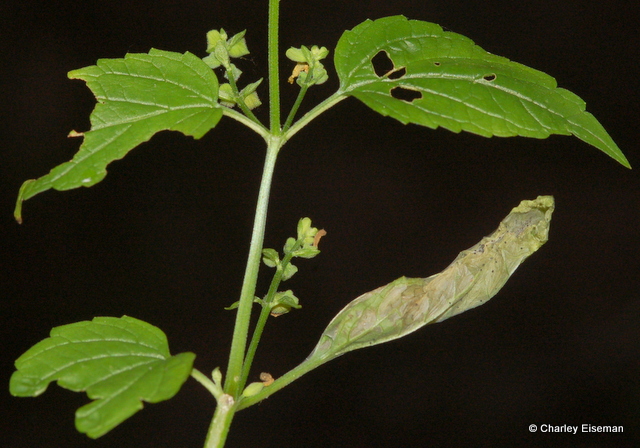 I decided to stuff it into a vial, I suppose as a consolation prize after failing to find the little-known mad-dog skullcap leafminers I was hoping to see.  Eleven days later, a distinctive little moth appeared in the vial.

Knowing what the host plant was, I quickly identified the moth as Prochoreutis inflatella, known as the “skullcap skeletonizer moth.”  It belongs to the family Choreutidae, the “metalmark moths,” and this moth is the first representative of this family I’ve encountered. 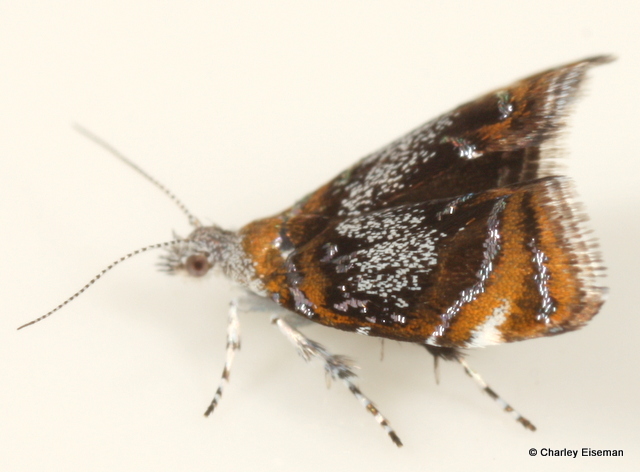 Metalmark moths are supposed to make distinctive cocoons, but the leaf was too far gone to open it up and have a look.  I found the pupal skin lying outside the crumpled leaf.

I had added a fresh little sprig of mad-dog skullcap to the vial in case the larva needed more food, and some of the flowers were opening on the day the moth emerged. 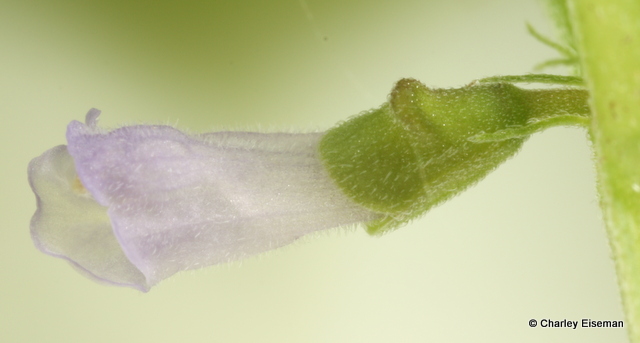 I am a freelance naturalist, endlessly fascinated by the interconnections of all the living and nonliving things around me. I am the lead author of Tracks & Sign of Insects and Other Invertebrates (Stackpole Books, 2010), and continue to collect photographs and information on this subject. These days I am especially drawn to galls, leaf mines, and other plant-insect interactions.
View all posts by Charley Eiseman →
This entry was posted in Uncategorized and tagged Choreutidae, flower, Lamiaceae, mad-dog skullcap, metalmark moth, moth, Prochoreutis inflatella, pupa, Scutellaria, Scutellaria lateriflora, skullcap. Bookmark the permalink.