On my trip around the western US in the fall of 2012, I mostly limited my collecting to leafminers.  However, I made an exception when I got to Madera Canyon, Arizona, because I had found all kinds of interesting oak galls there four years earlier, and I had had no luck figuring out what they were from the photos I’d taken.  So I collected several different galls this time around, and I had reasonable success getting adult wasps from them.  I even got a specialist to agree to examine the wasps.  He has told me, though, that he needs to know the oak species in order to determine the wasp species.  I don’t know Arizona oaks well enough, so I figure it’s time for another exciting round of crowdsourcing plant IDs!  I’ll make one post for each type of gall, including photos of the host plant and whatever wasps emerged.  A plant list I found for Madera Canyon only has eight oak species on it*, so it shouldn’t be too hard to figure out which is which… I hope. 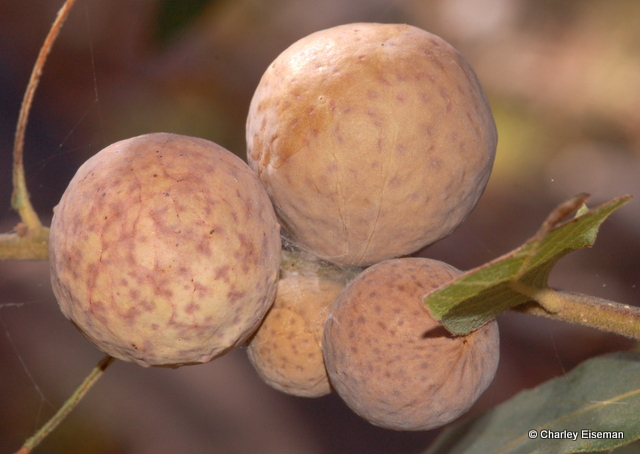 Gall #1 is a speckled “oak apple” reminiscent of some eastern Amphibolips galls, but it has a distinctive white bloom.  Dissection reveals a small central cell surrounded by radiating fibers: 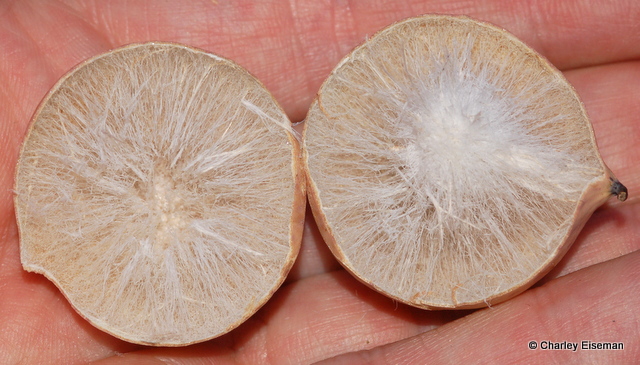 Removed from the fibers, the central cell is covered with a white, powdery substance: 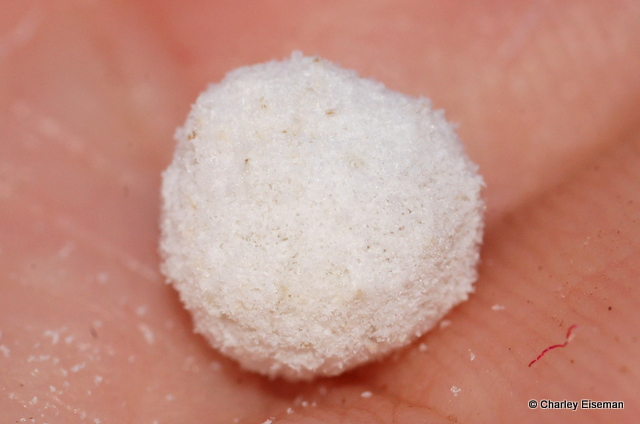 Interestingly, a wasp emerged from every single one of these galls that I collected, except for the one I opened up (above)–even though the larva was still safe within the central cell of that one.  This may have been a coincidence, but maybe all that extra stuff serves some important function beyond protection from predators? 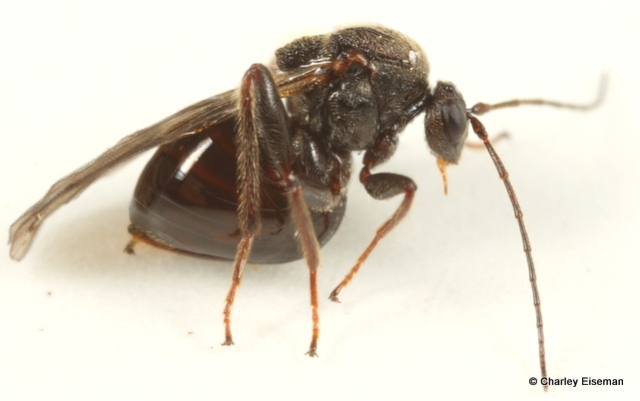 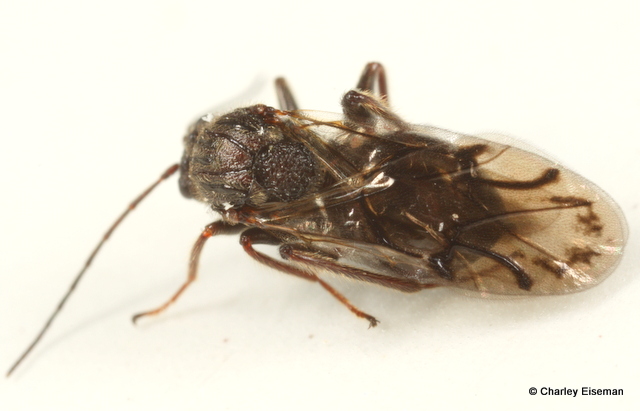 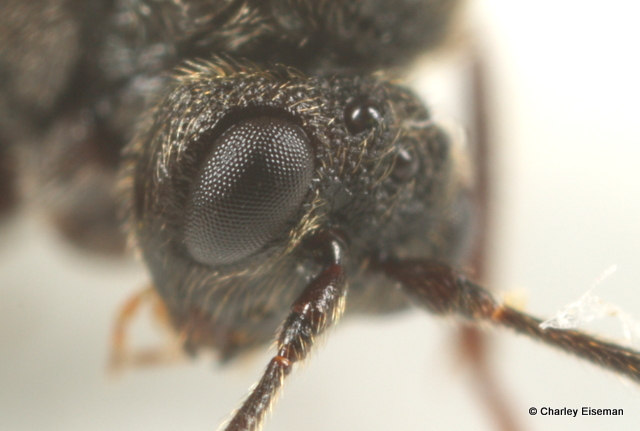 Also interestingly, every wasp that emerged was the cynipid species responsible for the gall, rather than an inquiline or parasitoid.  I suppose having the larval cell surrounded by a ping-pong ball sized protective covering is a good strategy for warding off unwelcome guests, but it certainly isn’t foolproof, based on my experience with similar eastern galls.

Unfortunately, all we have to go on for the identity of the host plant are the two sides of a single leaf, and the fact that the twigs were pubescent. 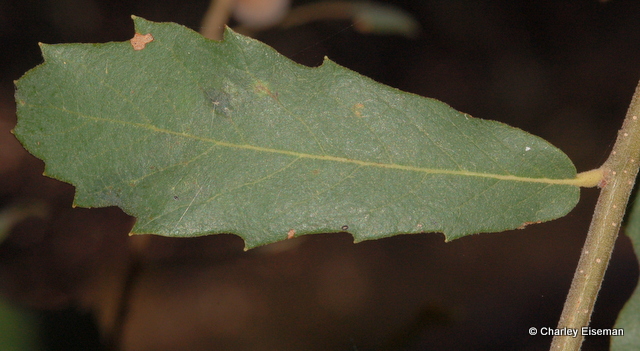 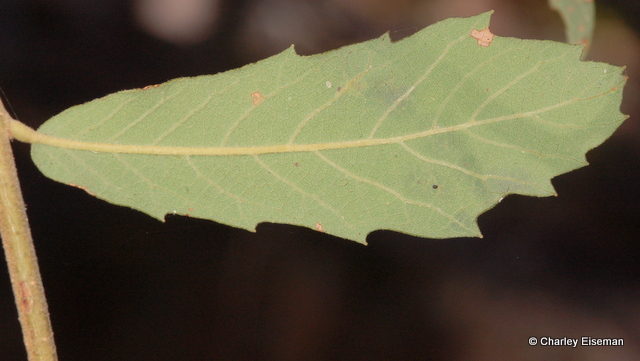 I am a freelance naturalist, endlessly fascinated by the interconnections of all the living and nonliving things around me. I am the lead author of Tracks & Sign of Insects and Other Invertebrates (Stackpole Books, 2010), and continue to collect photographs and information on this subject. These days I am especially drawn to galls, leaf mines, and other plant-insect interactions.
View all posts by Charley Eiseman →
This entry was posted in Uncategorized and tagged Arizona, Cynipidae, gall, gall wasp, Madera Canyon, oak, oak apple, Quercus, wasp. Bookmark the permalink.