Here is yet another gall from Arizona white oak. 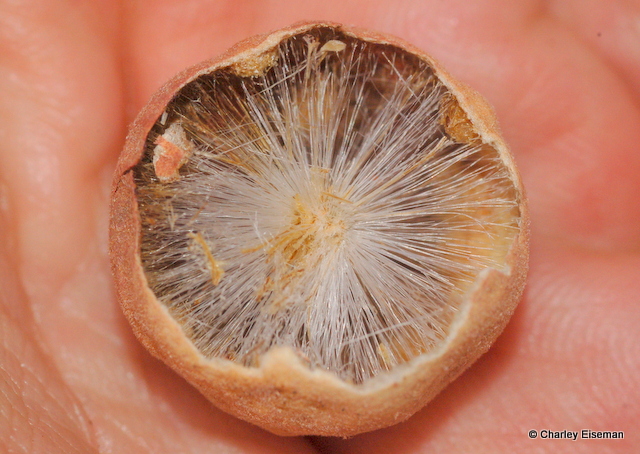 It is another “oak apple,” superficially similar to these, which I now know to be Atrusca aggregata (thanks to Jim Zimmerman, who has studied southwestern cynipid galls for many years and has been kind enough to take a look at all my recent posts on this topic). However, it differs in being fuzzy rather than smooth, and in being formed on the underside of a leaf rather than on the stem. Unfortunately, no adult cynipids emerged from these “peach fuzz” galls, but three different parasitoids did.

This Aprostocetus (Eulophidae) may or may not be the same species that emerged from the fuzzy red galls, which were made by Cynips quercusnubila. 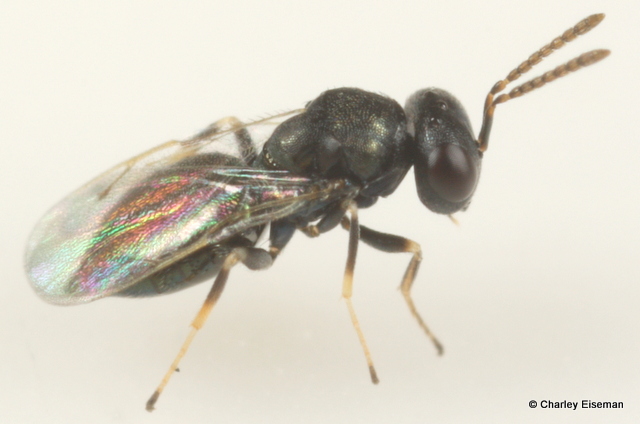 To the naked eye, the above wasps seemed to be more Aprostocetus, but when I reviewed my photos I realized they were actually some sort of pteromalid. 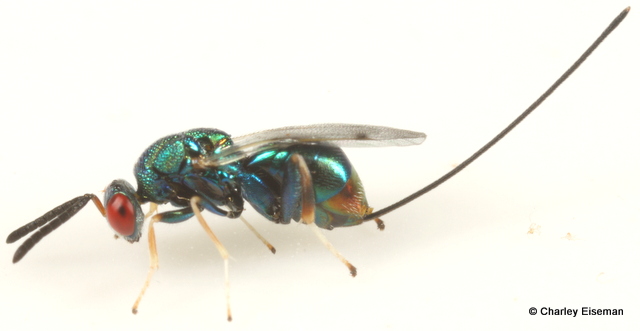 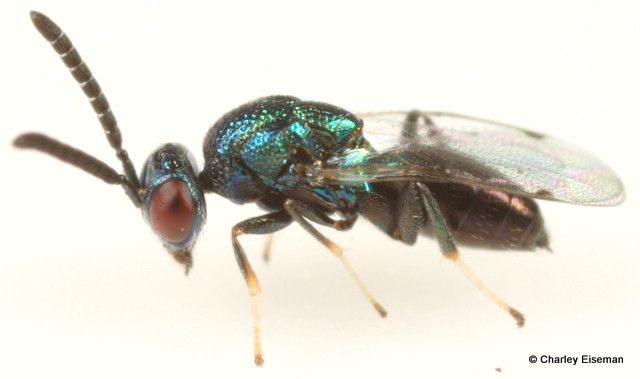 These two torymids may or may not be the same species. The male emerged three and a half months after the female. An anonymous torymid specialist (who comments on BugGuide photos via ichneumonid specialist Bob Carlson) initially said the female appears close to Torymus californicus and may be T. warreni, which is typically metallic blue violet (californicus is metallic green); later he noted that its coloration was unusually dark, and suggested that it is an undescribed species. It struck me as very similar to the one from Massachusetts shown here, which he had said was definitely an undescribed species.

I am a freelance naturalist, endlessly fascinated by the interconnections of all the living and nonliving things around me. I am the lead author of Tracks & Sign of Insects and Other Invertebrates (Stackpole Books, 2010), and continue to collect photographs and information on this subject. These days I am especially drawn to galls, leaf mines, and other plant-insect interactions.
View all posts by Charley Eiseman →
This entry was posted in Uncategorized and tagged Aprostocetus, Arizona, Arizona white oak, chalcid, Cynipidae, Eulophidae, gall, gall wasp, Madera Canyon, new species, oak, parasitoid, Pteromalidae, Quercus, Quercus arizonica, Torymidae, Torymus, wasp. Bookmark the permalink.