Back on October 21, I spotted a weird little thing inching along the kitchen counter, where Julia had recently set a pile of zucchini from the garden. 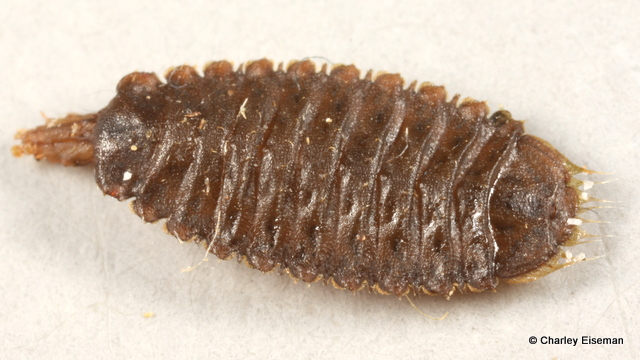 Its head was constantly bobbing and swinging around, but eventually I managed to get a shot of its face, such as it was.

I put it in a jar of soil with some leaf litter, and it overwintered in the fridge with all the jars and vials of leafminers.  Two days ago, it emerged as an adult. 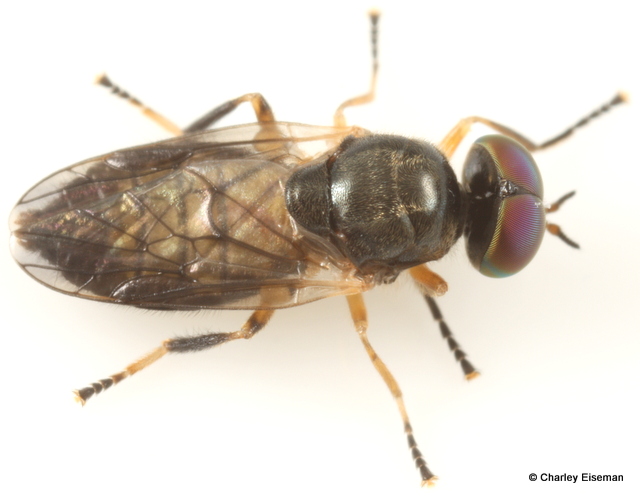 I had figured out shortly after photographing the larva that it was some kind of soldier fly (Stratiomyidae), and when I showed photos of the larva to Norm Woodley he was fairly certain that it belonged to the genus Allognosta, subfamily Beridinae. So now that I had an adult fly, I ran the photos through the key in Maurice T. James’ 1939 review of the Nearctic Beridinae, and I easily arrived at Allognosta fuscitarsis. With Norm’s blessing on this ID, I sent the fly back out into the yard yesterday.

His face as an adult is decidedly more pleasing to the eye. 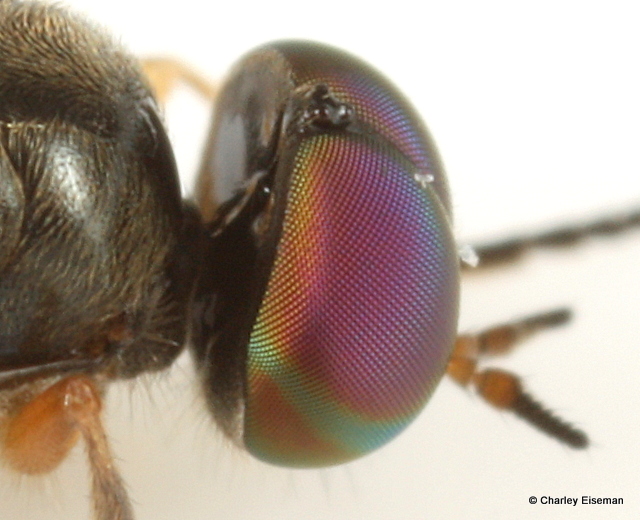 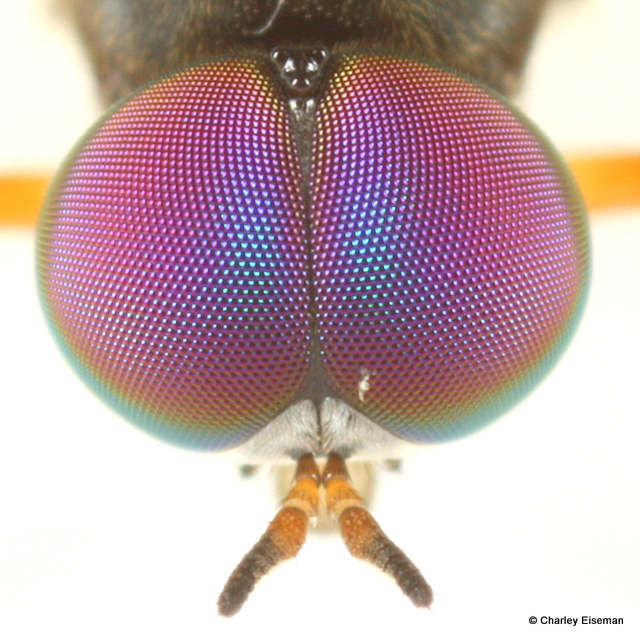 I am a freelance naturalist, endlessly fascinated by the interconnections of all the living and nonliving things around me. I am the lead author of Tracks & Sign of Insects and Other Invertebrates (Stackpole Books, 2010), and continue to collect photographs and information on this subject. These days I am especially drawn to galls, leaf mines, and other plant-insect interactions.
View all posts by Charley Eiseman →
This entry was posted in Uncategorized and tagged Allognosta, Allognosta fuscitarsis, Diptera, fly, larva, soldier fly, Stratiomyidae. Bookmark the permalink.