Posted on January 7, 2016 by Charley Eiseman

Another one of my winter projects, of course, is sorting through all of my photos from last year. So far I’ve made it up to July 15, when Julia and I had just arrived in Iowa to explore some prairie remnants on our way home from Colorado. Our first stop was Hayden Prairie, where some unusual beetle larvae caught my eye. They were all feeding on what we determined was sawtooth sunflower (Helianthus grosseserratus). 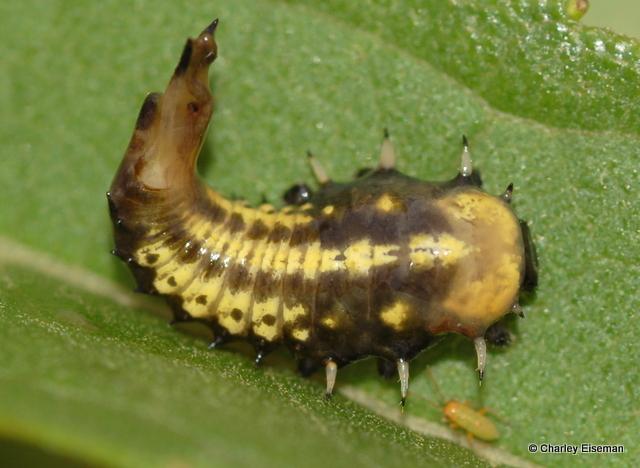 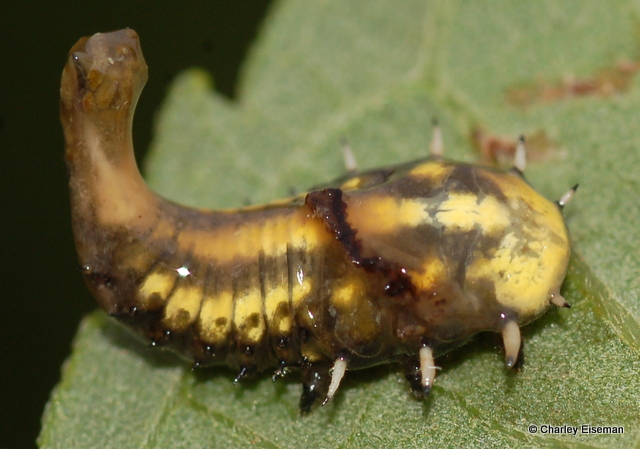 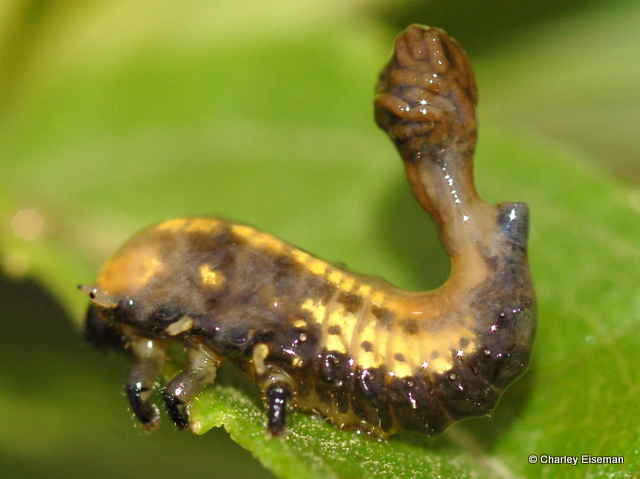 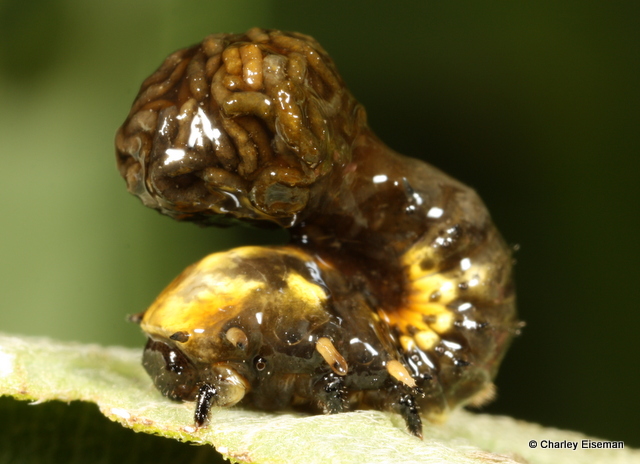 You may have noticed that in the above series of photos, each larva is wielding a larger “club” of wet poop than the previous one. This habit made them easily recognizable as larvae of tortoise beetles (Chrysomelidae: Cassidinae), although I’d never seen the “poop shield” take quite this form before.

Looking around, I found the egg mass from which some of them had emerged: 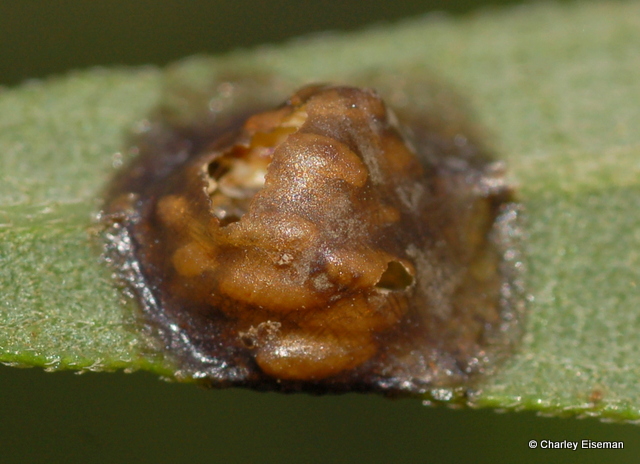 And then I found a beautiful adult tortoise beetle, which I assumed to be the same species… 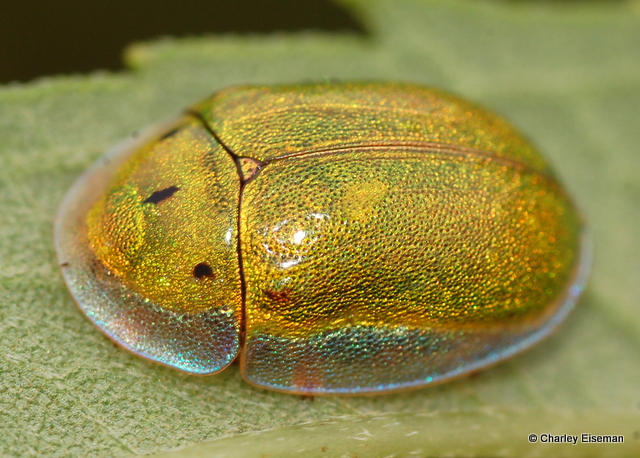 …until I saw this totally different one on the same host plant: 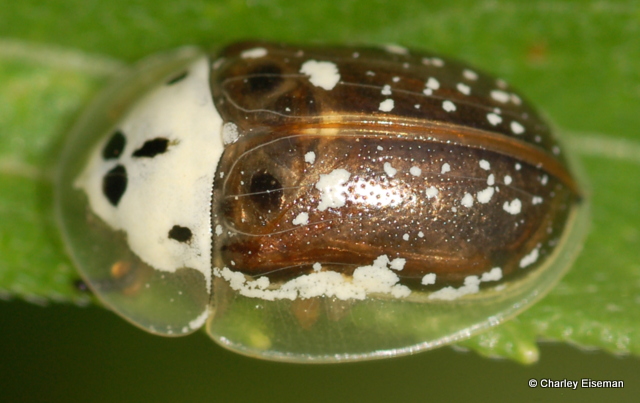 I was wondering which adult beetle went with the larvae until just now, when I searched for the host plant on BugGuide and discovered that all of the above photos depict Physonota helianthi, a.k.a. the sunflower tortoise beetle. The website gave no explanation for these two radically different adults, but I pulled out my trusty copy of Art Evans’ Beetles of Eastern North America, expecting to learn which is the male and which is the female… but he explains that “freshly emerged adults are dingy white, then turn black and white for about 3 weeks before reaching maturity as a brilliant metallic green beetle.”

So there you have it. On BugGuide there is an interesting series of photos showing a female constructing an egg covering, which apparently consists of a framework of silk covered up with some kind of goopy secretion. Those photos were taken in Massachusetts, not far from where I live, which makes me wonder why I’ve never encountered these beetles before.

I am a freelance naturalist, endlessly fascinated by the interconnections of all the living and nonliving things around me. I am the lead author of Tracks & Sign of Insects and Other Invertebrates (Stackpole Books, 2010), and continue to collect photographs and information on this subject. These days I am especially drawn to galls, leaf mines, and other plant-insect interactions.
View all posts by Charley Eiseman →
This entry was posted in Uncategorized and tagged Asteraceae, beetle, Cassidinae, Chrysomelidae, Coleoptera, egg, Helianthus, Helianthus grosseserratus, larva, Physonota helianthi, sunflower. Bookmark the permalink.