Things To Look For This Spring, Part 2

Another thing on my wish list for this spring is a leaf-mining lauxaniid fly larva. The Lauxaniidae are very common flies, with over 150 species occurring in North America, yet as far as I know there are no common names for the family or any of the species in it. Most species are only known from adults, but members of at least six of the 30 genera that occur here have been reared from leaf-mining larvae. Unlike most leafminers*, lauxaniids mine in decomposing leaves on the ground. They probably are not very host-specific, but most of the North American species that have been reared have been found mining maple and black cherry leaves (in Europe, they have also been found in apple and willow leaves). I have found no illustrations or descriptions of the mines, which is the main reason I’d like to see some in person (I also just think they’re nice flies and would like to get to know them better). Some species appear to have multiple generations per year, but others have just one, and larvae of these species do most of their feeding in the spring. I’m not sure if the larvae could be found in the top layer of leaves (and therefore possible to spot while walking through the forest) or if you would have to sift through the leaf litter to find them. I’ve spent a little time looking this spring without any luck. The flies are ubiquitous, though, so the larvae must be too.

Here are examples of four genera that include leaf-mining species: 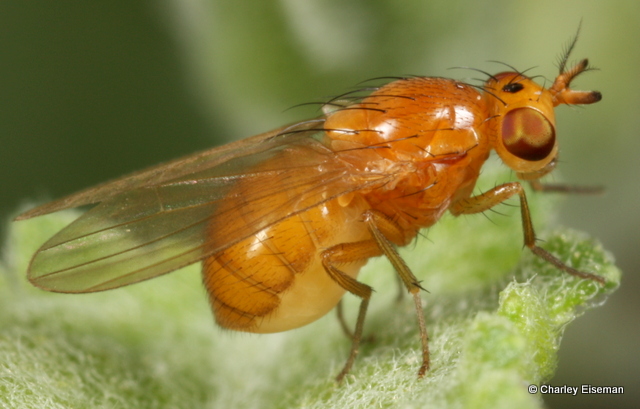 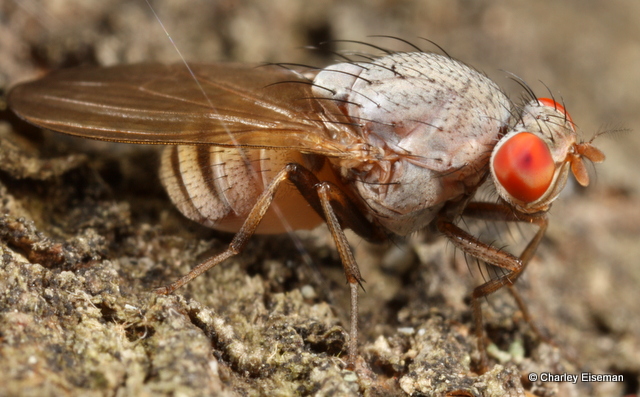 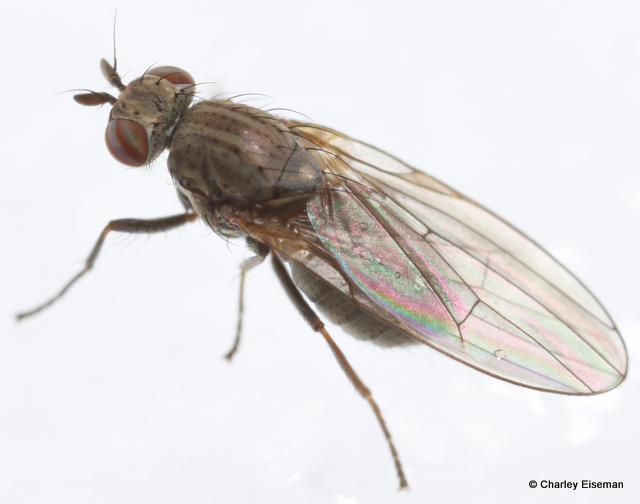 It’s hard to tell in the photo, but this one was on snow. I spotted it while shoveling, and had to go and get my camera when I saw its stripey eyes:

* A few weevils also mine in dead leaves in leaf litter. I’d love to find some of those too.

I am a freelance naturalist, endlessly fascinated by the interconnections of all the living and nonliving things around me. I am the lead author of Tracks & Sign of Insects and Other Invertebrates (Stackpole Books, 2010), and continue to collect photographs and information on this subject. These days I am especially drawn to galls, leaf mines, and other plant-insect interactions.
View all posts by Charley Eiseman →
This entry was posted in Uncategorized and tagged Camptoprosopella, Diptera, fly, Homoneura, Lauxaniidae, leafminer, Minettia, Sapromyza, Sapromyza brachysoma. Bookmark the permalink.

3 Responses to Things To Look For This Spring, Part 2