Posted on October 2, 2016 by Charley Eiseman

Last December, Jennifer Kleinrichert sent me this photo of a polka-dotted larva (prepupa) surrounded by an elaborate silken structure, wondering if I knew what it was: 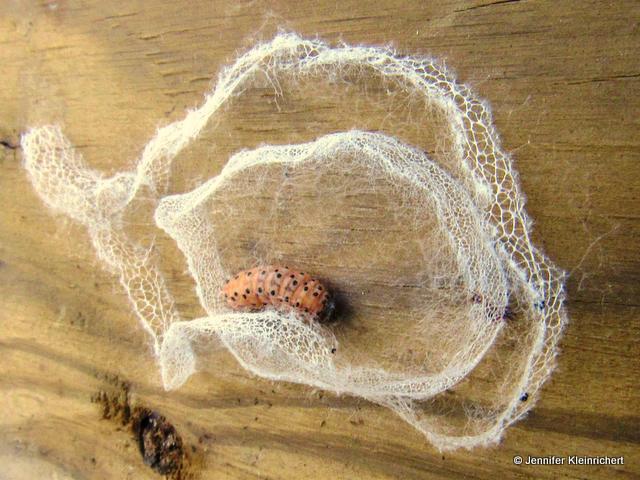 I’m afraid I don’t know this one… I’ve seen a photo of something similar once before; see the third one on this page. It would be interesting to know if this larva ends up spinning a similar dense, white cocoon. The polka-dots on your larva remind me a little bit of some pyraloid moths… can you tell me anything else about the context?  Looks like it was under a plywood board?  If you don’t mind, I’d love to post this as a mystery on my blog.

She replied that she and her husband had been changing some pictures in a bulletin board, and upon opening the door found the larva in between the two frames. In the photo below, the larva’s creation is visible on the horizontal board directly below the photo of a viceroy.

I decided to hold off on posting the mystery here, because in January Julia and I happened to be visiting her parents in Ohio, just a half-hour drive from the bulletin board, and I figured I might as well take a crack at raising the larva to an adult. Jennifer and her husband Steve met us at the bulletin board and removed the panel for us. The larva was still in the same position within its gauzy double fence, which was about 6 cm across.

We gently removed the larva and put it in a sandwich box with a  folded-up paper towel.

I kept it in the refrigerator until March 1. After that, I took a peek at it every day, and although I didn’t actually see it move much, it seemed to be in a different position every time I looked. I expected it to pupate soon after it was exposed to warmer temperatures, but it wasn’t until nearly two months later, on April 23, when I found the larva suspended in some webbing in a fold of the paper towel where I hadn’t seen it venture before. 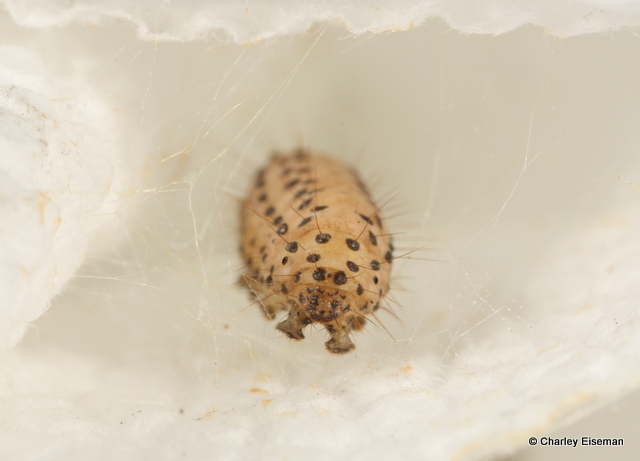 Another week passed, and finally, on May 1, it shed its skin and pupated. 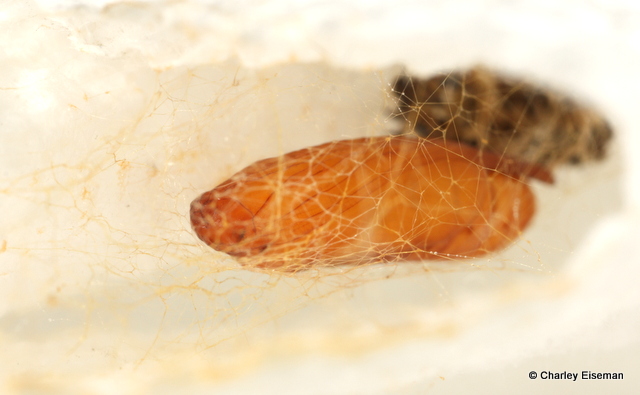 I didn’t want to disturb it too much then, but I was able to get a better shot of the larval and pupal exuviae on May 27, when the adult moth at last emerged. 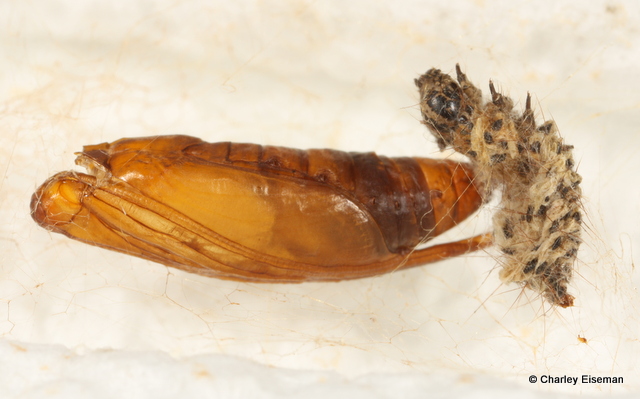 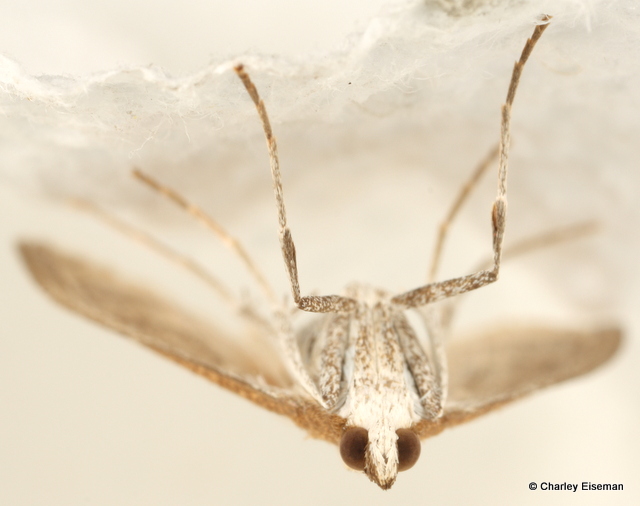 My guess that it was some sort of pyraloid moth turned out to be correct. Specifically, it was a dogbane saucrobotys (Crambidae: Saucrobotys futilalis). I don’t think I had seen an adult before (at least, I had never been moved to photograph one), but the larvae were conspicuous in the dogbane patch by our mailbox last September. 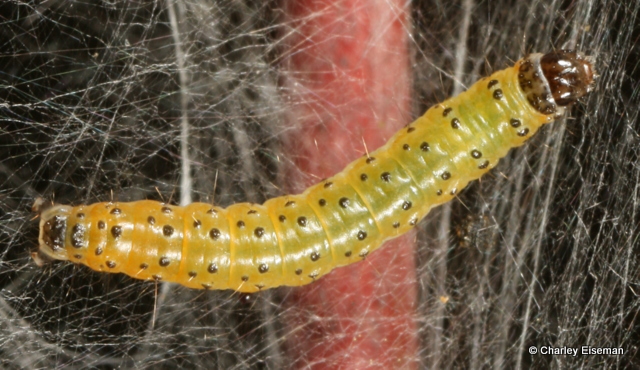 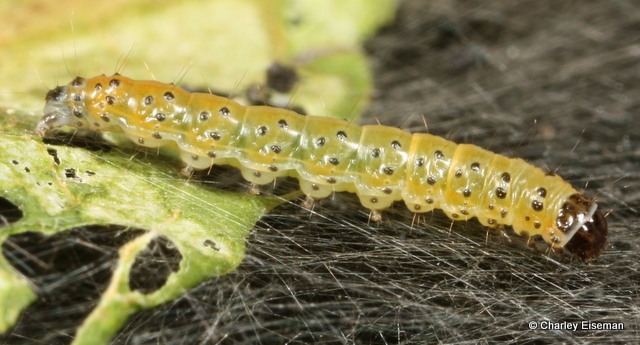 I never would have guessed that the larvae leave their messy feeding webs to spin such intricate structures for hibernating and pupating.

I am a freelance naturalist, endlessly fascinated by the interconnections of all the living and nonliving things around me. I am the lead author of Tracks & Sign of Insects and Other Invertebrates (Stackpole Books, 2010), and continue to collect photographs and information on this subject. These days I am especially drawn to galls, leaf mines, and other plant-insect interactions.
View all posts by Charley Eiseman →
This entry was posted in Uncategorized and tagged Apocynaceae, Apocynum, caterpillar, cocoon, Crambidae, dogbane, larva, Lepidoptera, moth, pupa, Pyraloidea, Saucrobotys futilalis. Bookmark the permalink.

5 Responses to A Hidden Masterpiece