It’s been a busy five months or so… At the moment, for instance, I’m on a ferry on the way to Nantucket for my seventh annual visit to search for leafminers, gallmakers, and other obscure insects to add to what’s known about the island’s fauna. This is a short break from the long days of slogging through swamps and bogs that are occupying much of my summer. I hope to get back to posting more regularly in a month or so, but right now I just wanted to dash off a quick post to share some mystery objects that recently caught my attention. They were posted to the Facebook Plant Identification group, and I thought they deserved to be put on display for all to see, rather than buried in an endless stream of photos of plants looking for names.

They were found and photographed by Jeff Hollett of Northwest Territories, Canada. He found them “under rotting, wet tree stumps in swampy lakeside habitat.” 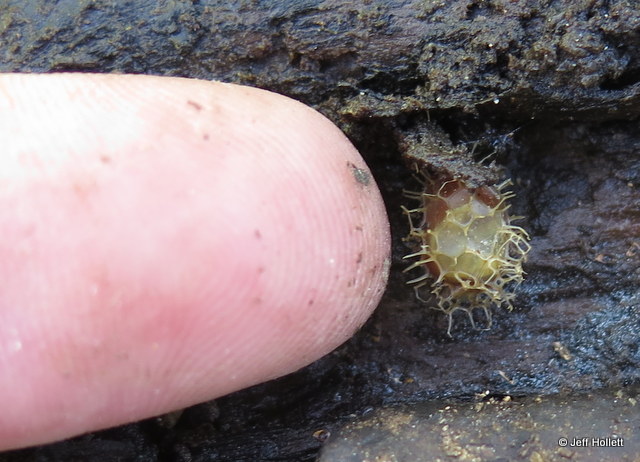 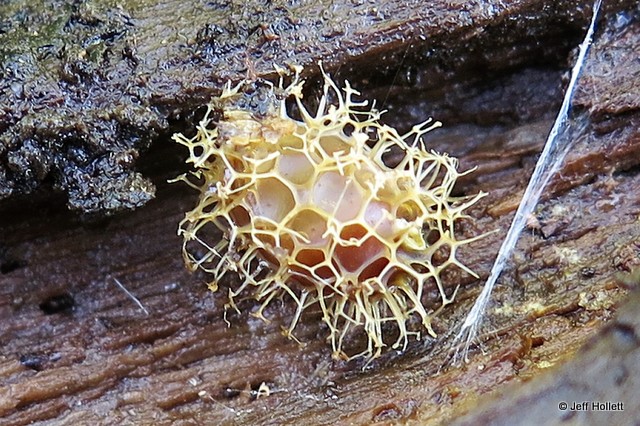 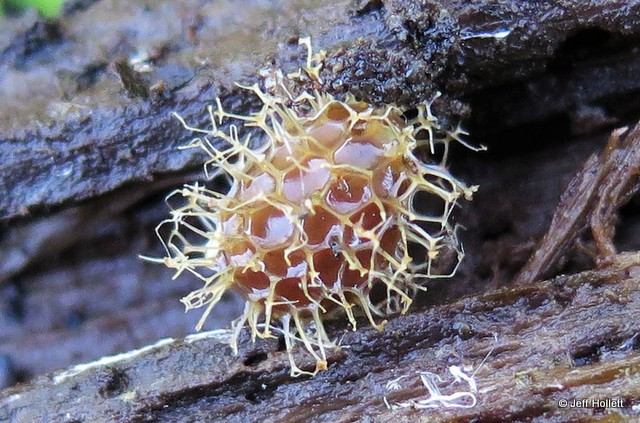 Nobody had a clue what they were. A few people suggested some kind of wasp gall; I was sure that wasn’t right, but didn’t have a better suggestion. I thought maybe some kind of fungus. Fortunately, Jeff did what so few people who discover one of these mysteries do: he went back and collected some to investigate. 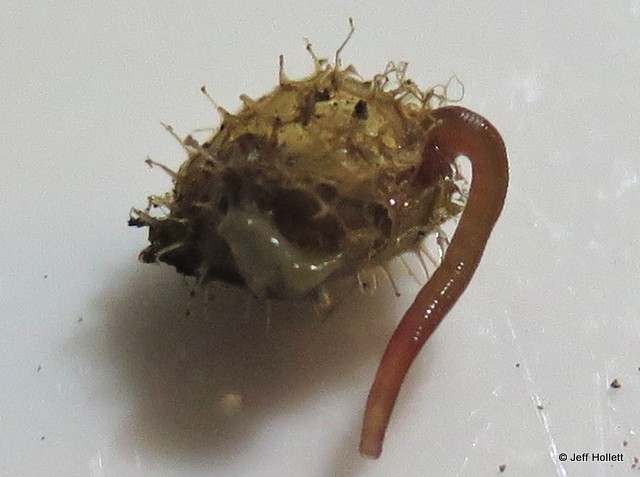 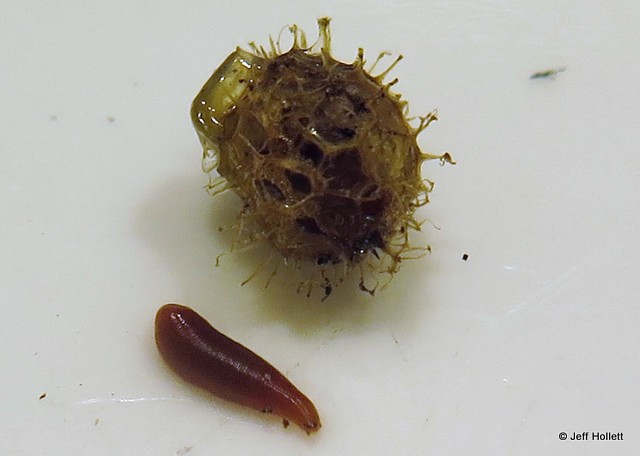 They’re leech egg cases! There were several baby leeches inside each one.

As far as I knew, all leech egg cases look more or less like this. As described somewhere near the beginning of my Tracks & Sign book, leeches and earthworms make their egg cases by secreting a proteinaceous substance that scoops the eggs and sperm off their bodies as they slide it forward; once shed from the front end of the body, it hardens to form a structure that is typically smooth and pinched together at both ends. How the ones that Jeff found came to be faceted and covered with those little projections remains a mystery to me.

I am a freelance naturalist, endlessly fascinated by the interconnections of all the living and nonliving things around me. I am the lead author of Tracks & Sign of Insects and Other Invertebrates (Stackpole Books, 2010), and continue to collect photographs and information on this subject. These days I am especially drawn to galls, leaf mines, and other plant-insect interactions.
View all posts by Charley Eiseman →
This entry was posted in Uncategorized. Bookmark the permalink.