Posted on September 3, 2017 by Charley Eiseman

Last year I posted some of my most interesting finds from the June 18 Berkshire BioBlitz on Mt. Greylock—at least, the ones that were most immediately visually interesting. There were several more significant discoveries that I didn’t want to write about until I had the whole story. One was this nondescript green sawfly larva that Julia noticed on a beech leaf, right near the one on an oak leaf that was busy getting parasitized by ichneumonids. 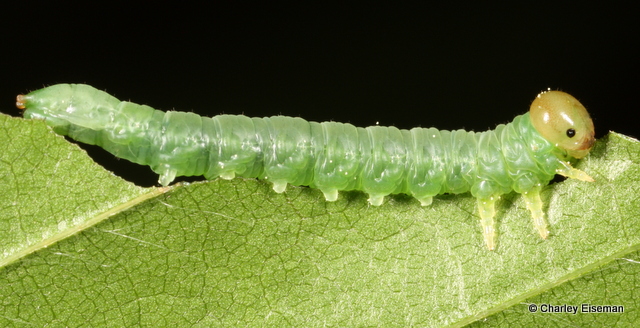 I had never seen a sawfly larva feeding on beech before, so I put it in a vial to see if I could rear it. After consulting with Dave Smith, who has studied sawflies for about 50 years, it appears that no one has seen a North American sawfly feeding on beech before. Now, the vast majority of sawfly larvae that I collect burrow into soil (as this one did at the end of June) and don’t emerge as adults until the following year. So I often don’t pay much attention to my jars of soil containing sawfly larvae, but something made me take a peek in this one on July 15. I was glad I did, because I found this snazzy green adult sawfly inside:

I sent it to Dave, and he identified it as Nematus appalachia (Tenthredinidae), a species he had described just 12 years earlier from adults caught in Malaise traps in the Appalachians of North Carolina, Tennessee, and West Virginia. So this one found on a mountain in Massachusetts represented a pretty dramatic expansion of the species’ known range as well as the discovery of its host plant. We reported all this in a short paper that was just published a few days ago*.

It’s worth mentioning here that the Massachusetts Department of Conservation and Recreation (DCR), which manages the Mount Greylock State Reservation, almost didn’t allow collecting of specimens at this BioBlitz event. Fortunately, our new state botanist, Bob Wernerehl, managed to secure permission at the last minute. Thanks to this, I was also able to collect and rear a new species of leaf-mining dark-winged fungus gnat (Sciaridae)…

…a new species of platygastrid wasp (a parasitoid of what is likely an undescribed species of gall midge, but unfortunately no adult midges emerged)… 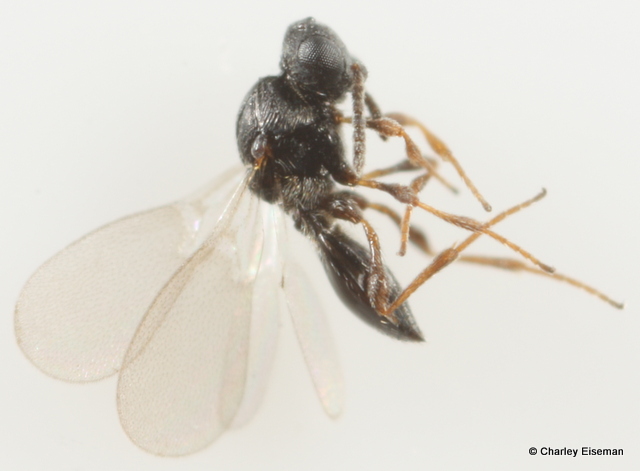 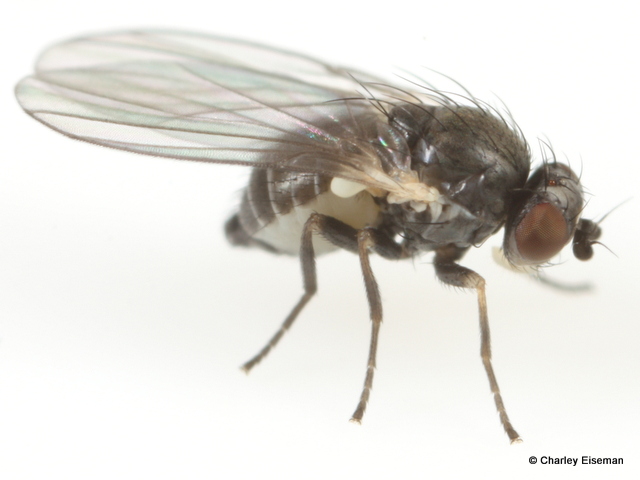 I’ve sent these specimens off to Germany, Denmark, and Canada, where my taxonomist collaborators are working on describing them. I’ll have more to say about these species once their names have been properly published, hopefully within the next year. I was thinking about saying something here about how odd it is that I have to send most of my bugs outside the US to get them identified, and musing about how this might relate to the fact that it’s so hard to get permission to collect in this country in the first place… but instead I’d just like to commend the owners and managers of natural areas out there who encourage nature study rather than forbidding it.

I am a freelance naturalist, endlessly fascinated by the interconnections of all the living and nonliving things around me. I am the lead author of Tracks & Sign of Insects and Other Invertebrates (Stackpole Books, 2010), and continue to collect photographs and information on this subject. These days I am especially drawn to galls, leaf mines, and other plant-insect interactions.
View all posts by Charley Eiseman →
This entry was posted in Uncategorized and tagged Agromyzidae, beech, Berkshire BioBlitz, Fagaceae, Fagus grandifolia, larva, Nematus, Nematus appalachia, new species, Platygastridae, sawfly, Sciaridae, Tenthredinidae. Bookmark the permalink.